Okay, i've officially hit that stage where I go back and look at the models I made as a novice and go "Noooo, you must be better!". The Strike Freedom was the first victim of this, and now the Guncannon is getting the same treatment, I seem to be all over the place with my projects but that's okay, keeps me busy and I always have something to do, even if I cannot decide what that something is half the time!

Here we have the first step, which I have chosen because its the most fun, clearly I need to be repairing nub marks, removing stickers, and removing sticky goo left behind...but no...I skipped to the LED portion of the project just because I could! Yep! The test fit went well I drilled tri-holes in behind Guncannon's visor giving it almost a zaku feel with a few differences, I will probably go more into detail with this in the final version which will included the hidden wires and whatnot. You'll notice that the trademark cannons are actually missing for two reasons, one I was doing mods to them and two you get better head unit shots with them off.  Pics below! Keep up the Gunpla, Newtypes! 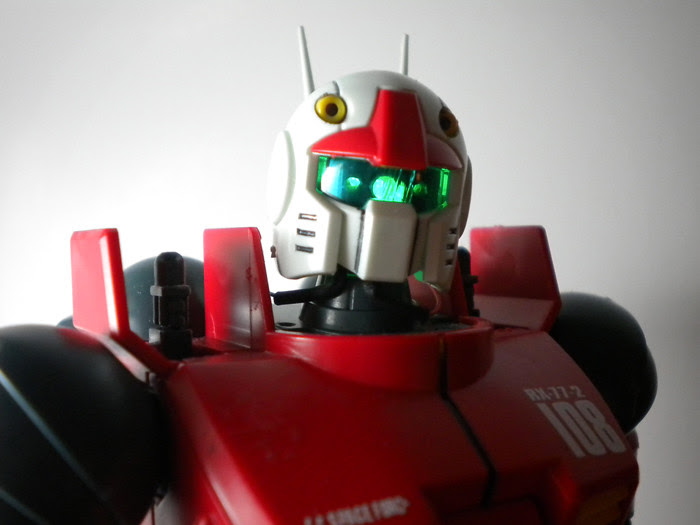 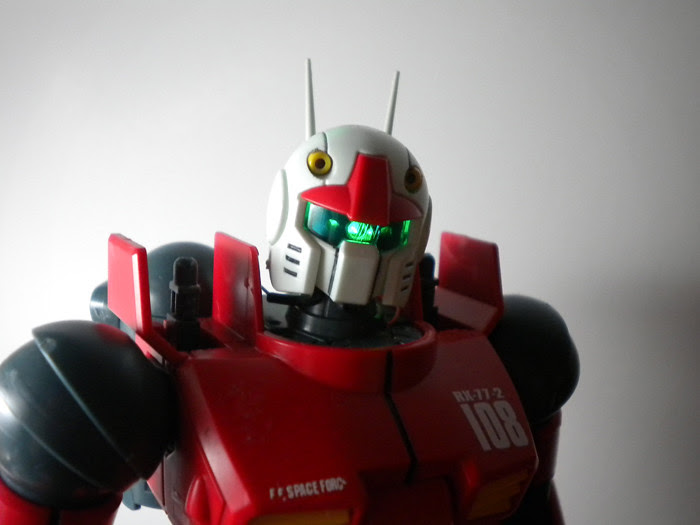 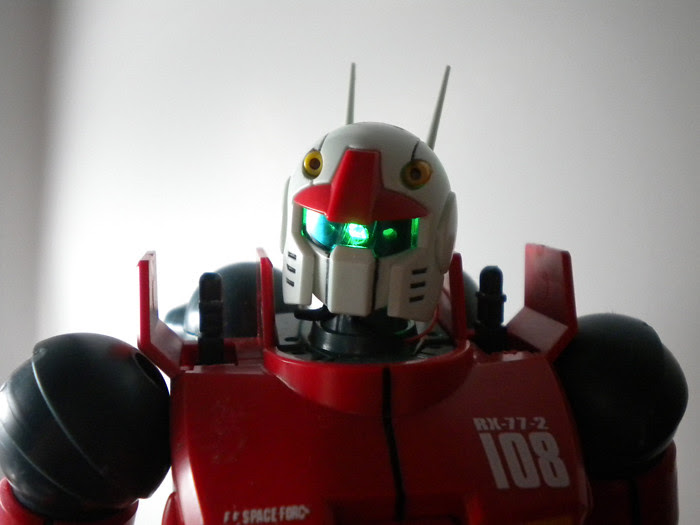