What a refreshing kit this was. Nice and simple, aside from the wings being tricky in spots. My first impressions of this kit as I built through the top half was it was going to be a super tiny MG kit, however those legs came through and it stood tall! I was impressed by that. I didn't bother with any foils aside from the eyes, which I don't like so that'll be removed soon, instead I used Tamiya Clear Green for the shield and chest piece and added metallic green to the camera on the head and the Buster Rifle with a Gundam Marker I got from Hobbytown USA. I love that they are carrying Gundam kits and supplies now, but the kits are rather expensive! Anywho. Next step is the decals and possibility some LED lights, being this is a smaller kit that could get tricky, must draft plans. Keep up the Gunpla, Newtypes! 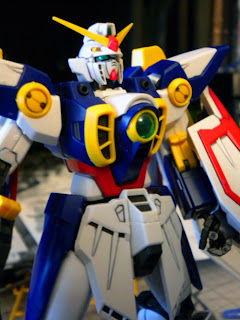 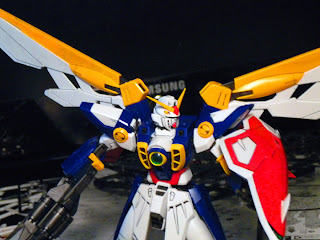 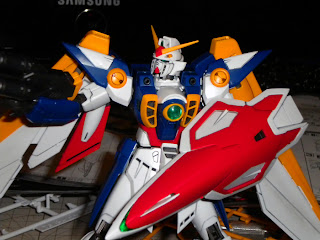 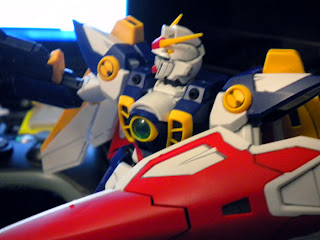