New Gunpla! Coming our way is a new version of the Wing Gundam EW, RG Strike Gundam, HGUC versions of the Dreissen, Jegen ECOAS type, and a pair of Titanium redecos of HGUC Unicorn and Sinanju.  Thanks to G.G. for the info!

I'm not sure how I feel about another Wing Gundam EW since the Ver. Katoki is basically the same thing and I think from what little i've seen of the new one looks alot better, but redecos are no stranger in Gunpla. Looking at you Zaku II. 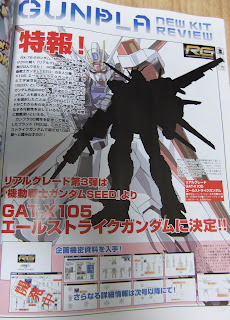 The new HGUC kits look pretty amazing too, i'm not a huge fan of the Jegan but I always loved the Dom and the Dreissen looks fantastic, looks like a good buy! 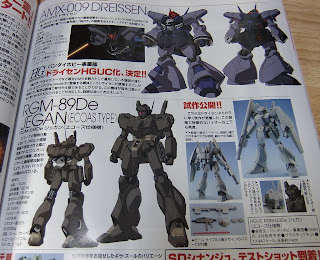