I never thought i'd be excited about a 00 Raiser release given I never really liked it when I first started watching the second season of Gundam 00 but by the time I finished it all, including Awakening of the Trailblazer, I became a fan and i'm eagerly awaiting the release of MG 00 since I have no interest in the brutally expensive PG. Here's some images and information! 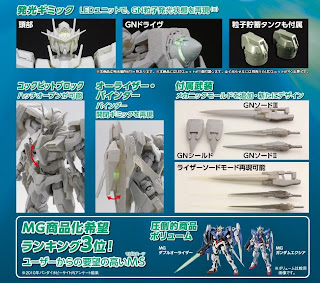 - 00 has five locations for LED units
- 00 comes with a single LED unit. That's alot of extra LED units with have to purchase, so i'm   probably going to do my own thing, 00 really should come with TWO for the TWIN drives.
- 00 Gundam can be configured into either 00 Raiser or the Condenser type.
- Weapons seem to include the GN Sword II x 2, a GN shield, GN Sword III, GN Beam saber. 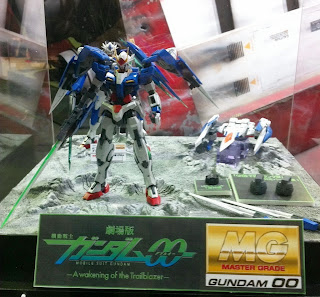